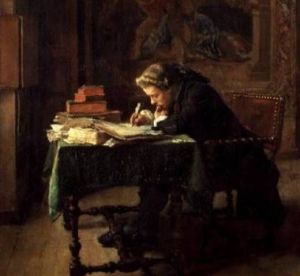 Andy Gray, senior editor at SI.com, didn’t realize the stir he was about to cause when he posted the following in response to massive editorial layoffs:

I’ve been in digital media for 12 years. One thing I’ve learned is that nobody wants to read anything over 1,000 words. MTV is more proof.

Following announcements of cuts at Yahoo, MTV,  Vocativ, and HuffPost — and FOX Sports dumping its entire editorial staff, regardless of talent or views — some folks had had enough, as their responses showed:

I've been in <industry> for <period of time>. One thing I've learned is <broad generalization that supports my personal hobby horse>.

Of course, Gray oversimplified — an ironic mistake, given the topic — and he acknowledged it himself in a later tweet.

But his remarks cut deep, and the angered response of the many journalists I follow on Twitter showed.

I’m curious how many readers jumped to longform’s defense.  I write that not to be sarcastic or caustic, but to point to the problem it implies: that longform’s support is stronger among the profession than it is among the audience.

Even if that’s true, I’m going to stop short of oversimplification and avoid using this as a rationale for quick and broad slaughter of editorial positions.  The problem, like longform itself, is more complex than that.

First, a shout-out to the past I was fortunate to inhabit, unlike many of my younger colleagues.  In a pre-Internet age, because of the fewer information options, publishers could take risk with longform pieces in newspapers and (mainly) magazines, and it spoiled many of us.

That was not the only factor.  In broadcasting, the FCC enforced policies that supported “the public interest,” and those policies also promoted a culture where all media appreciated a sense of social responsibility.

Journalists were socialized to understand that hard news and analysis were the broccoli, and soft news was the ice cream, and the news media had a responsibility to provide a balanced diet.

From then until now, such policies have been eliminated, public stock ownership of media outlets has caused an obsession with short-term profits, and the Internet, while providing the technology to easily support longform, has instead reinforced and even hastened the decline in attention span. Audience members have been conditioned to hyperlink rather than reflect.

Thus, sports media executives are conditioned to respond quickly and simply to prop up profits, with no consideration of the responsibility to provide a variety of content.  And simple numbers prop up these decisions and reinforce the philosophy.

And with these video offerings being more Skip Bayless than Edward R. Murrow, the decline is even more depressing.

So where does that leave the longform, written word producers?  We discuss the audience for such pieces, even as we recognize that a high percentage of that audience came to the longform free of charge, without a financial commitment to the content.

From a local and a niche/team perspective, of course, sports media continues to find an audience, and many sites still exist that provide a variety of content, though directed at a specific interest group.

But from a national perspective, as long as the Jamie Horowitz’s of the world bank their genius on a strategy devoid of that earlier sense of social responsibility, the writers should consider themselves on their own.

That implies a challenge to the audience to support these longform-ers beyond finding the fewer and fewer sites that publish their work.

When will the downward spiral stop? When the support for longform transitions from journalists responding to a Web producer on Twitter, to audience members willingly subscribing to the sites that still support longform, and to the excellent writers being let go by these national outlets, wherever they end up.