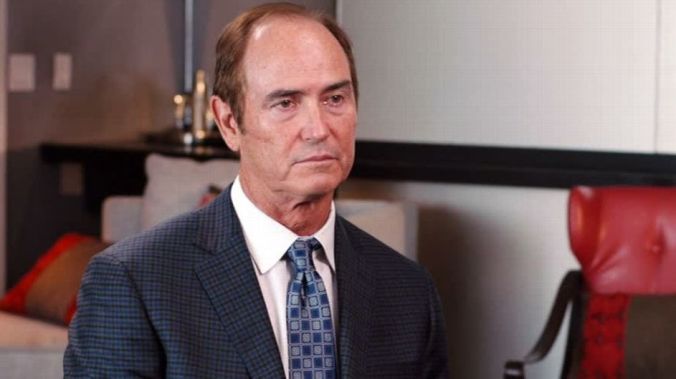 With the departure of Auburn offensive coordinator Rhett Lashlee for Connecticut, the tantalizing specter of Art Briles will be dangled, almost mockingly, before Auburn fans desperate for offensive success.

The words of a few anonymous sources will be verbally whooshed into a flame as quickly and as substantially as Jochen Wiest lit the Toomer’s Corner toilet paper.

Auburn fans who must endure such speculation comprise an impressive number of decent folk horrified both by what unfolded at Baylor and the ease with which the specter of Briles is summoned forth.

Perhaps that is the sentence of cheering for a struggling football program, but that makes it no less pleasant.  What could cause such anger directed by myself and others at such reports?

I can speak only for myself, but it seems that many in the audience share my feelings, and it would be wise to consider them as well.

To me, the supposed courting of Briles represents an insensitivity toward the women of Auburn, particularly our female students, and those of us who treasure them.

Cheering for an Art Briles-directed Auburn offense would be like Bob Stoops and the OU faithful cheering for Joe Mixon in the Sugar Bowl — and we know how Auburn fans felt about that.

I will cite the one case I am most aware of and wrote about in August 2015. On June 25, 2014, Baylor football player Sam Ukwuachu was indicted for sexual assault for assaulting a freshman women’s soccer player. On July 3, he was arrested, and on July 9, he posted bond and was released.

From those dates, until Aug. 5, 2015, when the Waco Tribune-Herald announced his upcoming trial, almost none of Baylor’s female students knew that a young man facing trial on felony sexual assault was walking their campus and taking classes toward a degree that he completed in May 2015.

The Waco Tribune-Herald — the most credible local news site entrusted with the mission of informing the community about more than football results — did not tell them, for whatever reason.

And Art Briles did not tell them.

It turned out that Ukwuachu was not the only one. Names like Tevin Elliot, convicted before Ukwuachu’s arrest, and Shawn Oakman, indicted after, indicated what many described as a “rape culture” on Briles’ watch.

The Pepper Hamilton report commissioned by Baylor went even further.  It accused the football coaches and staff under Briles’ leadership of “inappropriate involvement in disciplinary and criminal matters … that reinforced an overall perception that football was above the rules.”

Further, the report claimed, when the football staff “conducted their own untrained internal inquiries,” they “improperly discredited complainants” (also called victim-blaming or victim-shaming) “and denied them the right to a fair, impartial and informed investigation.”

Would it be wrong for female students at institutions like Auburn to feel insulted, even tortured, when Briles’ name is breathlessly mentioned just a few months later?

The revulsion at the mention of Briles’ name and what it represents — off the field, not on the scoreboard — within almost any college community reflects that community’s hopes for what its college considers important.

Such communities are troubled when they see Briles strategically set before an ESPN College GameDay interviewer, speaking vaguely enough to protect himself but emotionally enough to advance his brand.

Certainly a few folks who value football above everything else will advocate for Briles. They will seek cover behind easily granted anonymity, inflating the perception of their influence.

Personally, I would doubt that Auburn, or any CFB program, would take it further.  Before that perception is allowed to take flame, however, I would encourage everyone involved to consider the treasure that is entrusted to the Auburn campus — the young people, particularly the daughters, who populate our campus.

They and their families deserve to know that Auburn will do everything to protect them, and that includes shunning an offensive guru who, when in a position to influence and educate, took actions that diminished the security of the women at another campus.

That is why so many of us, who also comprise the readership of reports related to Briles, feel a certain torture at reading them.

2 thoughts on “Haunted by the Ghost of Art Briles”